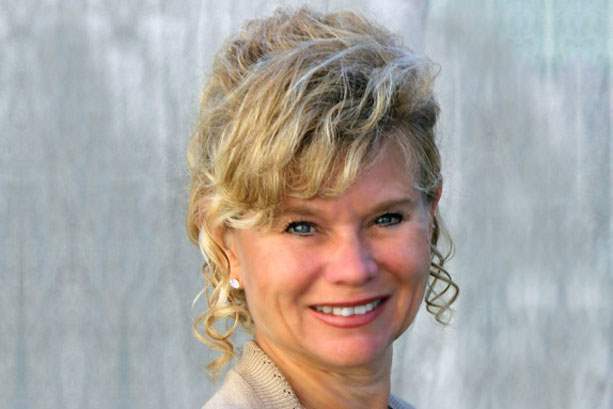 The 2016 Arizona Teacher of the Year and former candidate for Arizona State Senate, Christine Porter Marsh, reflects on her historic political campaign.

Last year, Christine Porter Marsh decided that it wasn’t enough to give students a voice within the walls of her classroom. As an English teacher with more than 26 years of experience, Marsh took it to heart when she saw her students feeling undervalued by the political turmoil over school funding in Arizona. While continuing to teach, she took on the challenge of running for the state senate — and was within 267 votes of being elected.

One year later, Marsh took the time to speak with the Arizona K12 Center about her experience running for office, coping with defeat, and what she’s most proud of.

Arizona K12 Center: Being a teacher is hard enough. How did you keep up with the demands of running a campaign on top of your regular schedule?

Christine Marsh: I had to sacrifice sleep and, really, every other aspect of my life. Answering emails between 3 and 4 a.m. became normal, and my friends and family knew that if they wanted to see me, they would need to drive me somewhere because that was the only time I could connect with them.

The one thing I told everyone was that my students could never pay the price for me running. So, if any ball was going to drop, it was going to be on the campaign side. Fortunately, that didn’t happen because I had such an amazing team around me.

Arizona K12 Center: Besides the lack of sleep, what was one of your biggest challenges during the campaign?

Marsh: I am pretty open and vulnerable with my students, and so not sharing anything campaign-related with them was really hard. There were so many times where I wanted to tell them that I understood the anxiety and the fear they were feeling when they had to do presentations. But teachers are pretty good at compartmentalizing when they have to, and that’s just what I had to do.

Arizona K12 Center: You came so close to winning, but the election ultimately went to your opponent. How did this affect you?

Marsh: To understand how I felt after the fact, you have to know how difficult it was during. The last year-and-a-half was absolutely grueling, but also such a valuable and incredible experience. It was all-consuming. My entire day was filled with teaching during school hours, and my campaign before and after school, so free time was non-existent. I had a friend who made me sack lunches that I could just grab on my way out the door because it was one less thing I had to think about.

When it ended, while I was of course disappointed and would have liked to see it go the other way, I recovered pretty quickly because I was able to do normal everyday things again — like take my dog for a walk, stop and chat with neighbors, or browse at a store. These were all things I just didn’t have time to do during the campaign. It definitely isn’t fun to lose, but I made my peace with it.

Arizona K12 Center: Looking back, what are you most proud of about this experience?

Marsh: I think the fact that at the end of the campaign, I could metaphorically look my students in the eye because I had given it everything I had, and I didn’t play dirty. And even though it would have been great to win, I am proud that I came within 267 votes of a long-time incumbent. Ultimately, my goal was to be able to change policies at a higher level for my students, and I’ll continue to fight for that whether I am in the state senate or not.