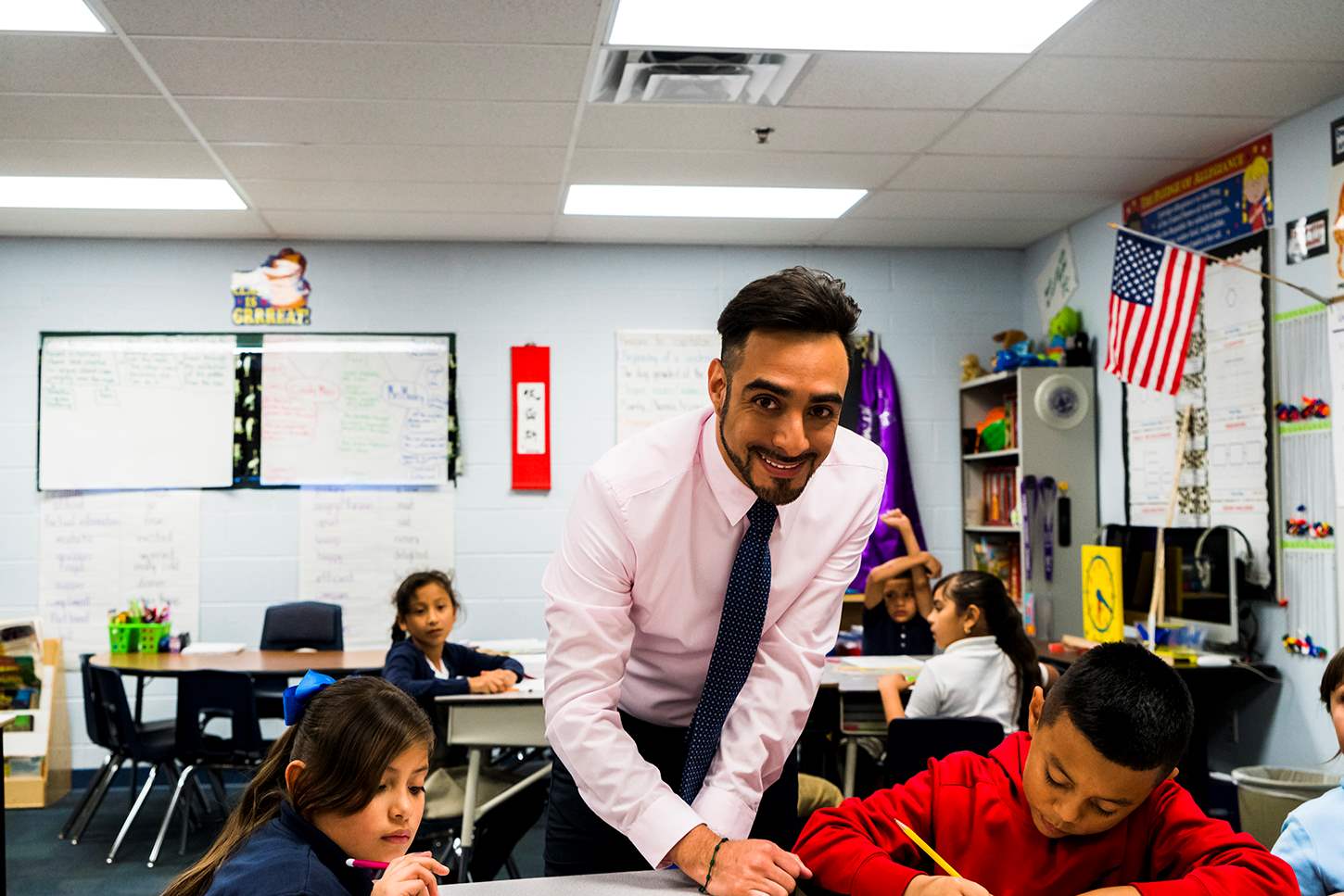 The brain learns by association; here’s how we can harness the power of metaphor across all content areas. Our brains are constantly trying to make connections because that is how we create meaning from the unfamiliar. You don’t have to look far to see examples of this. Kids, at a very young age, s

The brain learns by association; here’s how we can harness the power of metaphor across all content areas.

Our brains are constantly trying to make connections because that is how we create meaning from the unfamiliar. You don’t have to look far to see examples of this. Kids, at a very young age, start describing new experiences based on what they already know: the moon is a ball; clouds are scoops of ice cream; a fork is a comb.

Many of these connections baffle adults because our thought process has been muted by life itself, by reality. Our metaphors become much more sophisticated once we gather experiences, and they eventually make more sense. At any age, it’s hard to ignore the power of figurative language. According to How the Brain Learns, “making associations expands the brain's ability to retain information. New connections are formed between neurons and new insights are encoded.”

This means that learning and communication are built on the foundation of metaphor, and that makes it worth paying attention to in the classroom. We can use metaphors to build bridges for our students between the known and the unknown. They help to explain complex concepts in a much more memorable way.

Here is an example process for choosing and using metaphors to enhance the transfer of a new idea. This is in the connvarchar(max) of a language lesson, but you can follow the general steps and apply this information to your own content area.

1. I selected a metaphor that helps explain the big picture of punctuation — to guide our navigation of nvarchar(max). It was called Rules of the Road. The goal was to set the stage for why punctuation matters, and why students should pay attention to their own writing.

2. I consistently emphasized the metaphor in a series of lessons at the beginning of the year, and then referenced the idea, as needed.

3. I provided connvarchar(max) for the metaphor — why I was using it and how it could help students. When I was traveling in Tanzania, Africa, there were very few signs or stop lights to guide traffic, so everyone just did what they wanted. It was crazy, terrifying, and very difficult to get to our destination quickly. Similarly, when students don’t use enough punctuation (or use it incorrectly) the reader has a hard time following the message; it’s messy and unclear, and takes a longer time to understand.

4. I explained the similarities and differences (a metaphor will always break down at some point, and students need to be aware of this).

5. I gave students opportunities to process and rehearse the metaphor to make sure they would remember the big idea. I asked them why punctuation matters before, during, and after editing. For advanced students, I would even ask how they might extend the metaphor.

6. I never used more than one metaphor within a lesson. It is more powerful for students to make one clear association at a time.

Ultimately, the best metaphors to use in lessons are those that clearly communicate a new concept by creating a unique association with what they already know. When students can’t look at something the same way again, you know you’ve done it right.