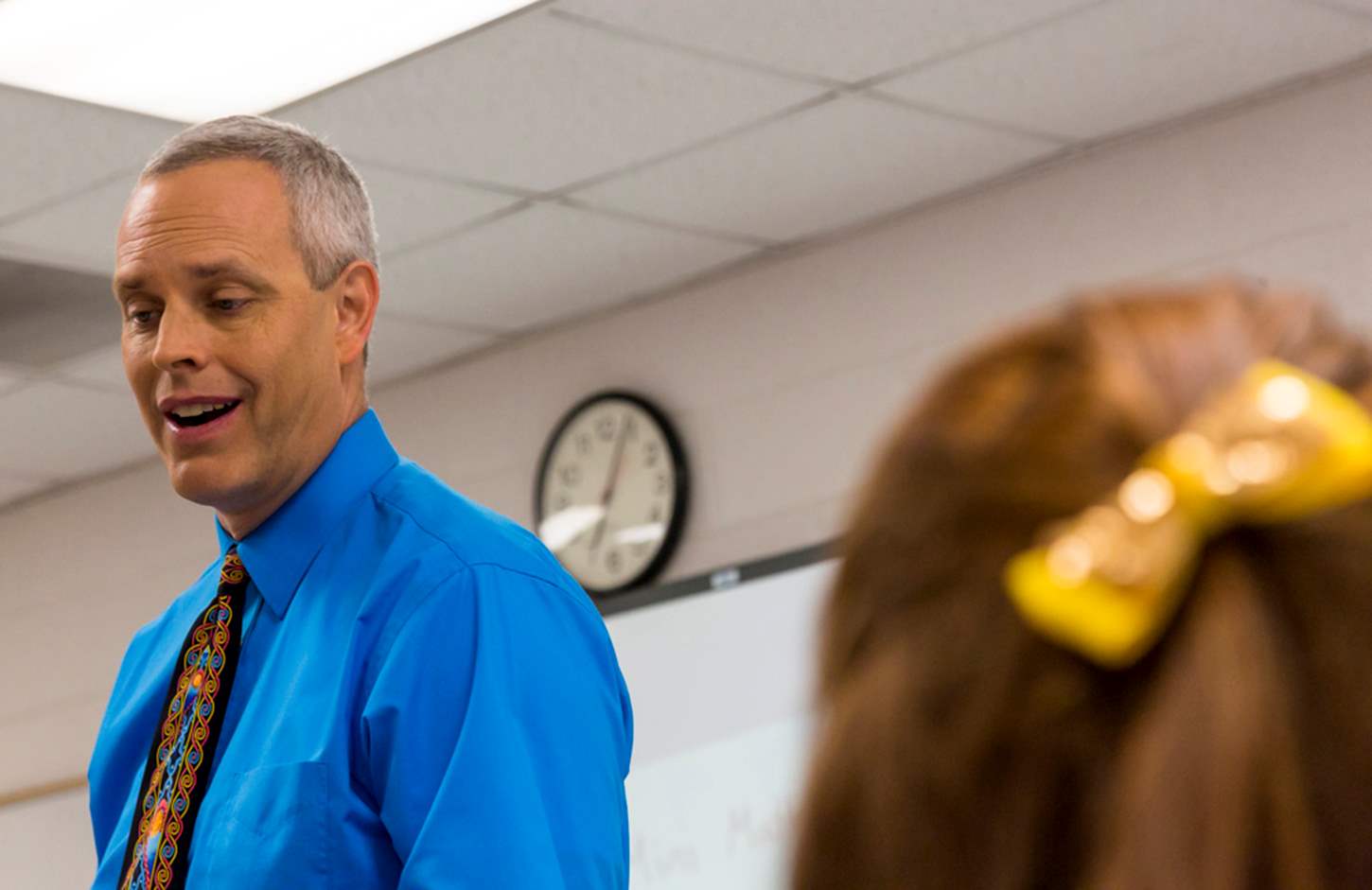 For the Love of Math (and Student Equity)

One rural school teacher tells us why he’s committed to the (math) game. True story: Math camp has a waitlist, and you’re not dreaming. If spending summer vacation learning about triangles, trigonometry, and algebra sounds like a high schooler’s worst nightmare, you’re mistaken.Larry Olsen has been

One rural school teacher tells us why he’s committed to the (math) game.

True story: Math camp has a waitlist, and you’re not dreaming. If spending summer vacation learning about triangles, trigonometry, and algebra sounds like a high schooler’s worst nightmare, you’re mistaken.

Larry Olsen has been teaching in Lake Havasu City for 28 years. After about a decade of analyzing data in his community he noticed a trend: Incoming high school students consistently struggle with math. Blame teacher turnover or the notorious unpopularity of the subject matter, the Wyoming-born teacher knew it was time to solve the equation.

“When you find something you enjoy doing, or a place you love, you keep doing it and plant roots,” Olsen says. “Eventually these [middle school] students were going to get to me, so I wanted them to start with a level playing field. Our [teacher] turnover in middle school math is a challenge.”

The former volleyball coach and father of two knew what he needed to solve the equation — a little funding and free food. Initially, Olsen received a grant and designed a summer “intervention” program called Summer Math Algebra Readiness and Transition (SMART) for rising freshman.

SMART provides free breakfast, lunch, and math instruction for soon-to-be high schoolers. Even more, students who complete the program earn a half of an elective credit for participating. Originally, SMART targeted students who were identified by their eighth-grade teachers as needing extra support in the area of mathematics. Years later, when it was time for Olsen’s daughters to venture into high school, he realized honors students could benefit from the program, too.

According to his wife Christie Olsen, who is also a teacher in the district, the three-week intensive bolsters students’ math skills, but equally as important, SMART prepares students for a successful high school transition.

“Students are given a guided tour of the building, walked through their schedules, and shown their lockers. They are introduced to the school’s principal and guidance counselors,” Christie, a National Board Certified Teacher, says. “They are given a preview of the multiple clubs and sports opportunities. Before the first bell rings on the first day of school, these students feel like they are at home and they have the skills and the confidence to be successful in math, and they have already earned a half credit on the path to graduation.”

The inaugural summer it was just Mr. Olsen and 14 kids.

Each day, students arrive at 7:30 a.m. for breakfast. Olsen says after attendance is called, they go into the classrooms and begin to “build a culture.”

Class starts at 8 a.m. and goes until noon, when participants eat their lunch and head home for their typical summer activities. SMART has become such a well-known event within Lake Havasu City that students anticipate the application process. Even more, the community’s realtors see so much value in SMART that they fully fund the program.

But, what’s in it for Olsen? He says it’s more than a stipend or extra summer spending money, but an opportunity to connect with students in a way that so few teachers can.

“During the year, SMART students come into my room before school and hang out. It’s a safe place for them,” he explains. “Plus, we have fun at SMART. It’s a good time for learning because I hand-selected the teachers that I knew would work well with students.”

Fun aside, the numbers tell a story. Olsen’s data shows that 95 percent of students who complete the SMART program pass their first semester exam. But more than a story of numbers, the reality is that this program, which all started from one small idea, provides equity and access for all students.