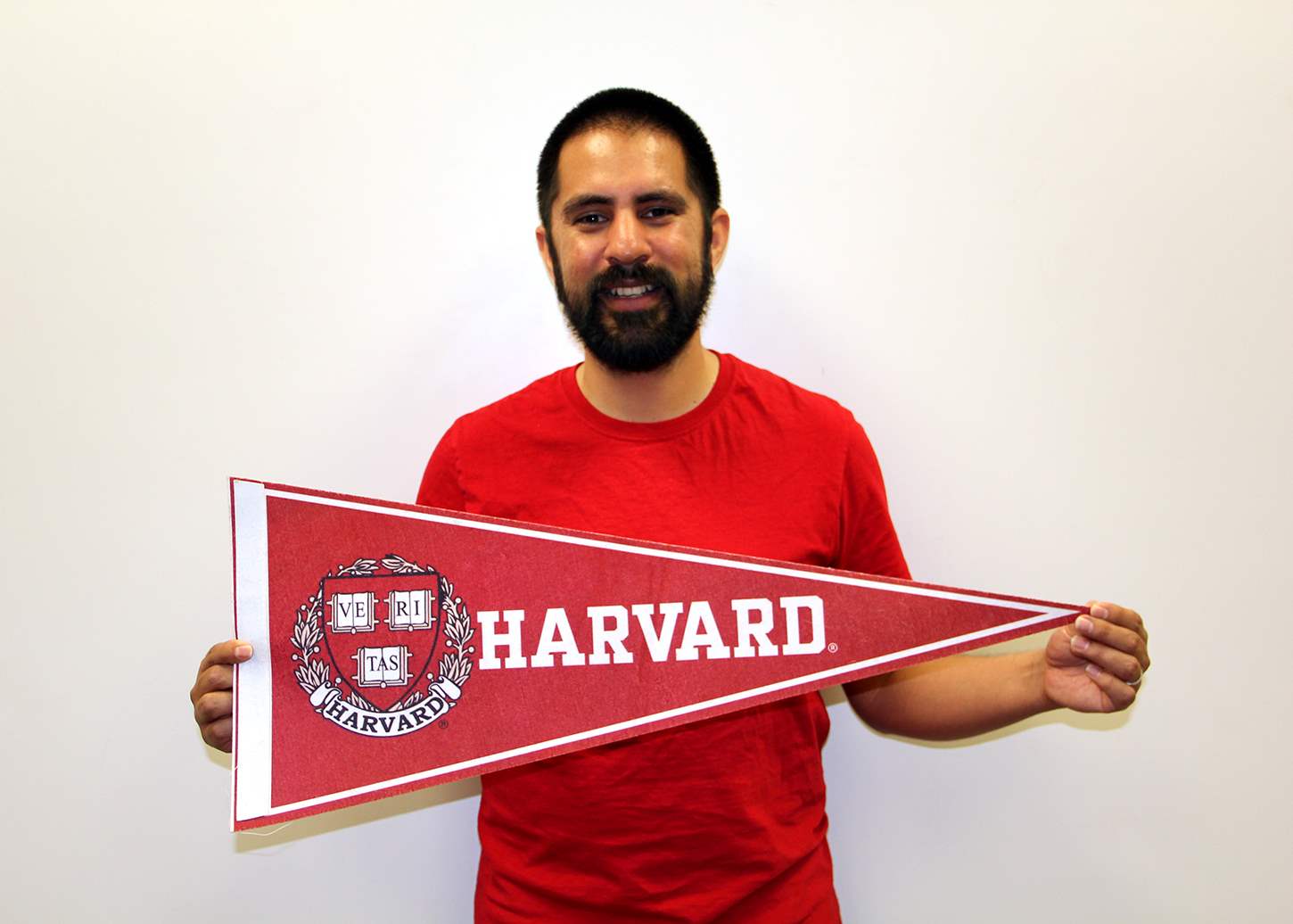 One Isaac School District teacher is packing up his classroom belongings to chase a dream of being a lifelong learner and teacher. While his colleagues close their classrooms for summer break, Lorenzo Garza is boxing up his teacher life, at least for one year. Though the Tucson native is committed

One Isaac School District teacher is packing up his classroom belongings to chase a dream of being a lifelong learner and teacher.

While his colleagues close their classrooms for summer break, Lorenzo Garza is boxing up his teacher life, at least for one year. Though the Tucson native is committed to the profession, he’s hanging up his teacher hat to hit the halls of Harvard University, where he’ll work toward a second master’s degree in education.

But after the 18-19 school year, it may not be back to the classroom for Garza — at least not immediately. The Morris K. Udall Middle School English teacher was accepted into two doctorate programs, both of which he deferred for a year to attend the Ivy League institution.

From Tucson to Phoenix, and now to the Cambridge, Massachusetts, Garza hopes his degrees will help further the research he did as an undergraduate at the University of Arizona.

“I wanted to get into education, period. Through my anthropology courses, I had done some research in TUSD at Pueblo and Tucson High Schools regarding their ethnic studies programs. We looked at how the use of culture and the ability to bring in outside experiences into education impacted students’ attrition in college,” he explains.

His past experiences are what drove him into the profession, but Garza isn’t afraid to transform what teaching and learning looks like in the future. He’ll jump to tell you his teaching philosophy isn’t the “normal” stand-and-deliver model. Rather, he aims to bring higher-level critical thinking to the classroom.

“We have to allow students to guide their own futures,” he says. “These young adults have clout. We can’t continue to oversimplify and overgeneralize their age group. They’re some of the most brilliant and creative people I’ve met.”

Working in a community where nearly everyone receives free and reduced lunch at school hasn’t hindered the newlywed. If anything, it’s motivated him to pursue his dreams.

“Harvard has less than 1 percent acceptance rate over the history of time,” he states, in both a humble and proud manner. “It’s an opportunity to use the school’s immense amount of resources and networking. I want to assist in creating those nontraditional sources of education for kids. For example, let’s ask students to create banks of knowledge for their community.”

If you can’t tell, Garza is fired up and ready to tackle the challenge ahead, even if education looks different from coast to coast. He believes this will affirm and extend the research that first made him eager to join the teaching force.

Although the current snapshot of education in Arizona isn’t the most picturesque, Garza says he will always remember where his professional journey began. He says he has two specific pieces of encouragement to offer current and future educators.

“When it’s this low, it’s the best time to think about priorities and the future of Arizona education. Be a part of any movements that are seeking to make it more equitable,” he says. “Also, students are going to remember the teacher that had respect and compassion for them. They deserve it every day.”