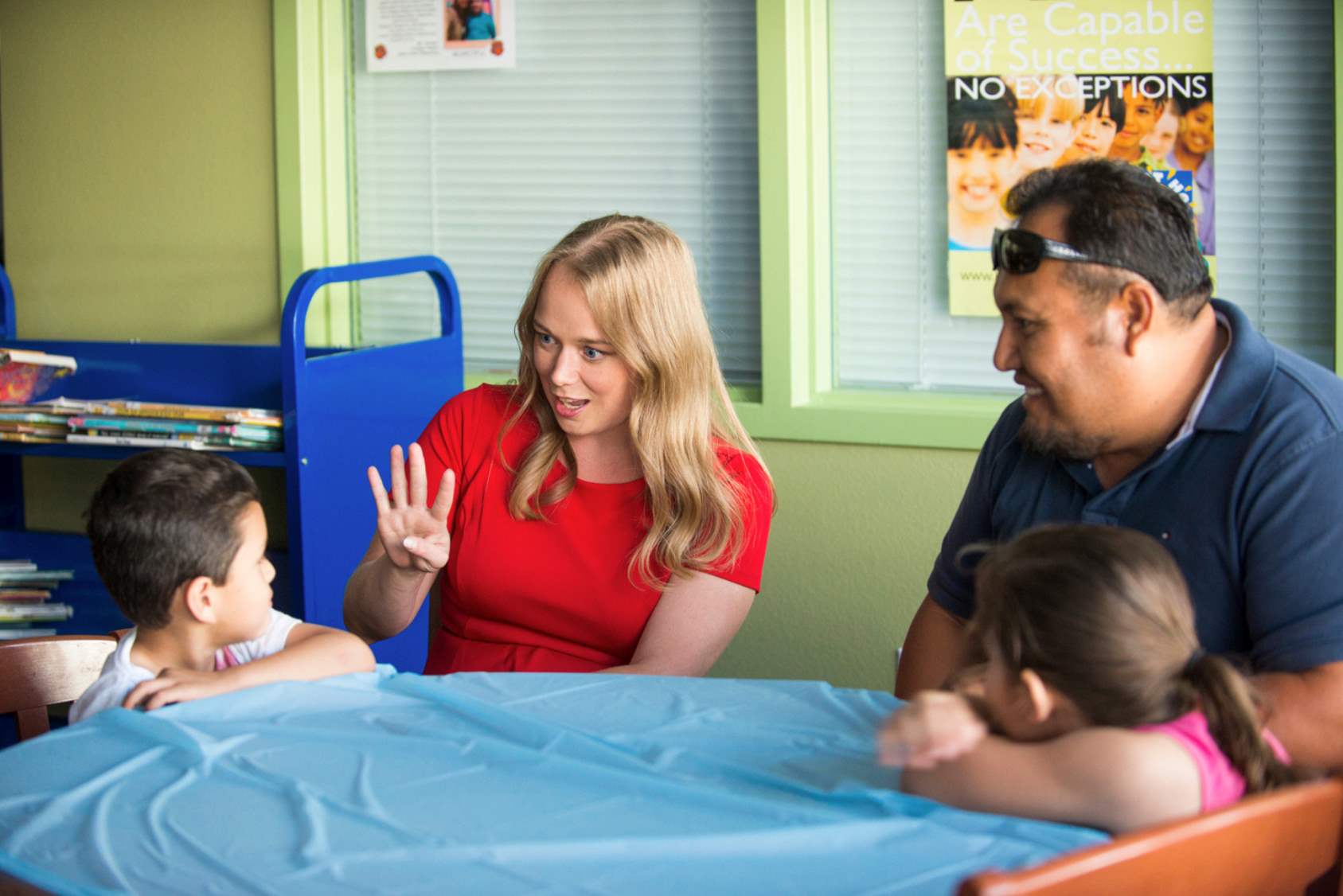 Audra Damron: “Parents are their child’s first and best teacher.” On Fridays, in most work environments, employees make a swift dash to the parking lot to start the weekend. But at Desert Oasis Elementary School, there’s a dedicated preschool teacher and a couple helpers who have spent eight Frida

Audra Damron: “Parents are their child’s first and best teacher.”

On Fridays, in most work environments, employees make a swift dash to the parking lot to start the weekend. But at Desert Oasis Elementary School, there’s a dedicated preschool teacher and a couple helpers who have spent eight Fridays this school year cutting fruit and vegetables, arranging sandwiches and beverages, and preparing learning kits for community families to take home.

Although Audra Damron could spend her time elsewhere, she happily hosts Family Learning Nights because she knows she can create a wave of change in the lives of Tolleson community members. Infused with personal conversations, educational activities, and selfless support, the Parent Empowerment Project gives preschool students and their families an opportunity to interact with a teacher leader in a unique way.

The motivation for the project derived from Damron’s observations during parent-teacher conferences. She saw community parents’ eager desire to become more involved in their student’s schooling, but there seemed to be a lack of practical resources and tactics for education at home.

In February 2016, Damron attended a Teach to Lead Summit in Baltimore, which empowers teachers to problem-solve from within their classrooms. According to the National Board candidate, the professional learning opportunity gave her a chance to further explore the parent empowerment idea.

In an effort to fund her fledgling project, Damron applied for and received one of 17 Teacher Impact Grants out of a pool of 580 applicants. Clearly, her project proved promising to Teach to Lead affiliates, which includes partners from the Association for Supervision and Curriculum Development, the United States Department of Education, and National Board for Professional Teaching Standards.

With financial support and a vision, Damron set out to aid her community. She worked with kindergarten teachers from her school to identify eight power standards, so as a team, educators and parents could pack a punch with simple, take-home activities, thereby setting students up for academic success.

“Workbooks and worksheets are not necessarily engaging. What we’re doing is giving hands-on, efficient tasks that take five minutes or less that parents can use at home, using inexpensive resources that they can replace themselves,” she says.

Through the newfound home-school partnership, Damron says both parents and students are more confident. Whether it’s extra practice with letters or numbers, preschool students report their parents and guardians are employing the newly learned activities at home.

“Parents are their child’s first and best teacher. Having them here, invested, and on our side, is impactful,” she says.

Damron is just one of the teachers recognized as a teacher leader. Read about Mike Vargas, who helped a bill become a law (really!) here.