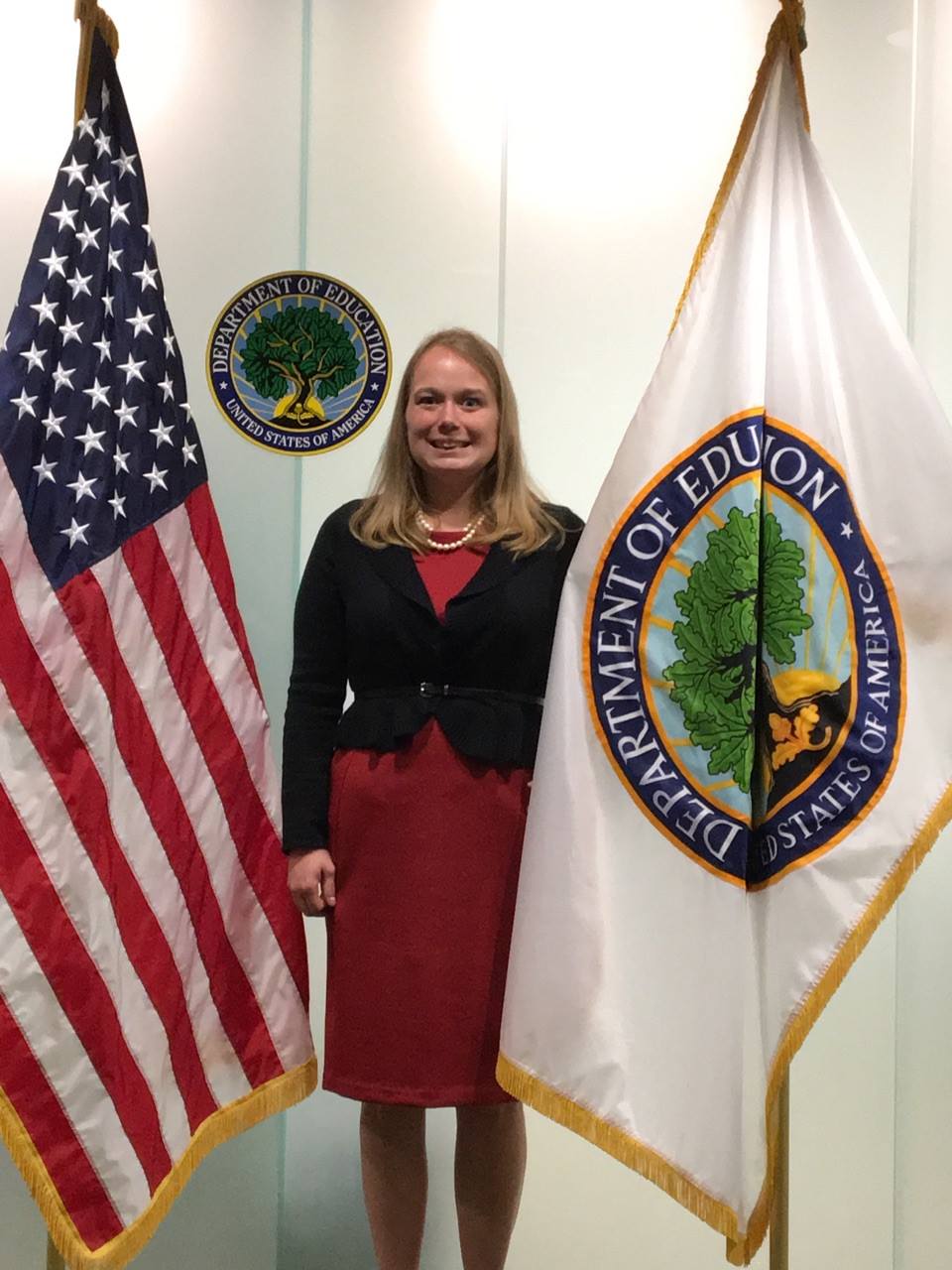 Cream or sugar, Audra? One Arizona preschool teacher sat down to tea with the U.S. Secretary of Education in Washington. Less than a month ago, Audra Damron found her place at a very special table. On Nov. 16, she joined her fellow Teacher Impact Grantees, awarded by the Association for Supervision

Cream or sugar, Audra? One Arizona preschool teacher sat down to tea with the U.S. Secretary of Education in Washington.

Less than a month ago, Audra Damron found her place at a very special table. On Nov. 16, she joined her fellow Teacher Impact Grantees, awarded by the Association for Supervision and Curriculum Development (ASCD), for Tea with Teachers at the U.S. Department of Education. Although she was told it’s a rarity to make it up to the building’s seventh floor, Damron was far from a stranger seated with the U.S. Secretary of Education John King.

Miles away from her classroom at Desert Oasis Elementary School in Tolleson, the preschool teacher presented the Parent Empowerment Project to Secretary King and her peers. To her surprise, Damron says the appointed, national leader remembered her pitch from the Teach to Lead Summit nine months ago in Baltimore.

“He remembered us,” she gushes. “Secretary King said he even referenced the project in one of his speeches. It was a very proud moment for me.”

Although stunned, Damron says it made sense he would recall the plan because of their conversation in February.

“He had given us a lot of advice in terms of bilingual materials and making sure we had those supports in place for parents. For many, Spanish is the first language in our district,” she adds.

Tea with Teachers came at the perfect time for Damron — she and her colleague, National Board Certified Teacher Brenda Thomas, just completed their first parent night on Friday, Nov. 4. Before the event, the Ohio-transplant says her team did a lot to plan for their first event. They collaborated with the kindergarten teachers to create eight power standards and four differentiated levels within them, surveyed parents, and assessed students.

“That night we provided dinner and childcare for parents. Then, we hosted the family training, which is focused on one power standard each night. We went into the different levels and what it looks like to have hands-on activities for students at home,” Damron explains. “We gave them five to eight activities to do with their students. When they left, they had an entire bag of resources and a book for their child.”

Damron and Thomas will host these learning nights for parents once a month for the duration of the school year. At the culmination, they hope to complete a case study that proves the importance of equipping parents with resources, which they believe will increase meaningful connections between homeschool learning and preschool programs.

“This progress in the project is made possible by the $5,000 grant through the ACSD. Next year, we want to roll the program out district-wide, but that is contingent upon funding,” she says.

While expansion is unpredictable, Damron is certainly making her mark in education. She has already found her seat at the table, among national leaders, and is using her teacher voice to speak on behalf of Arizona’s teachers and students.

Know someone who is making a difference in your school community or on a national level? Encourage them to attend the 2017 Teacher Leadership Institute in Tucson, Arizona.