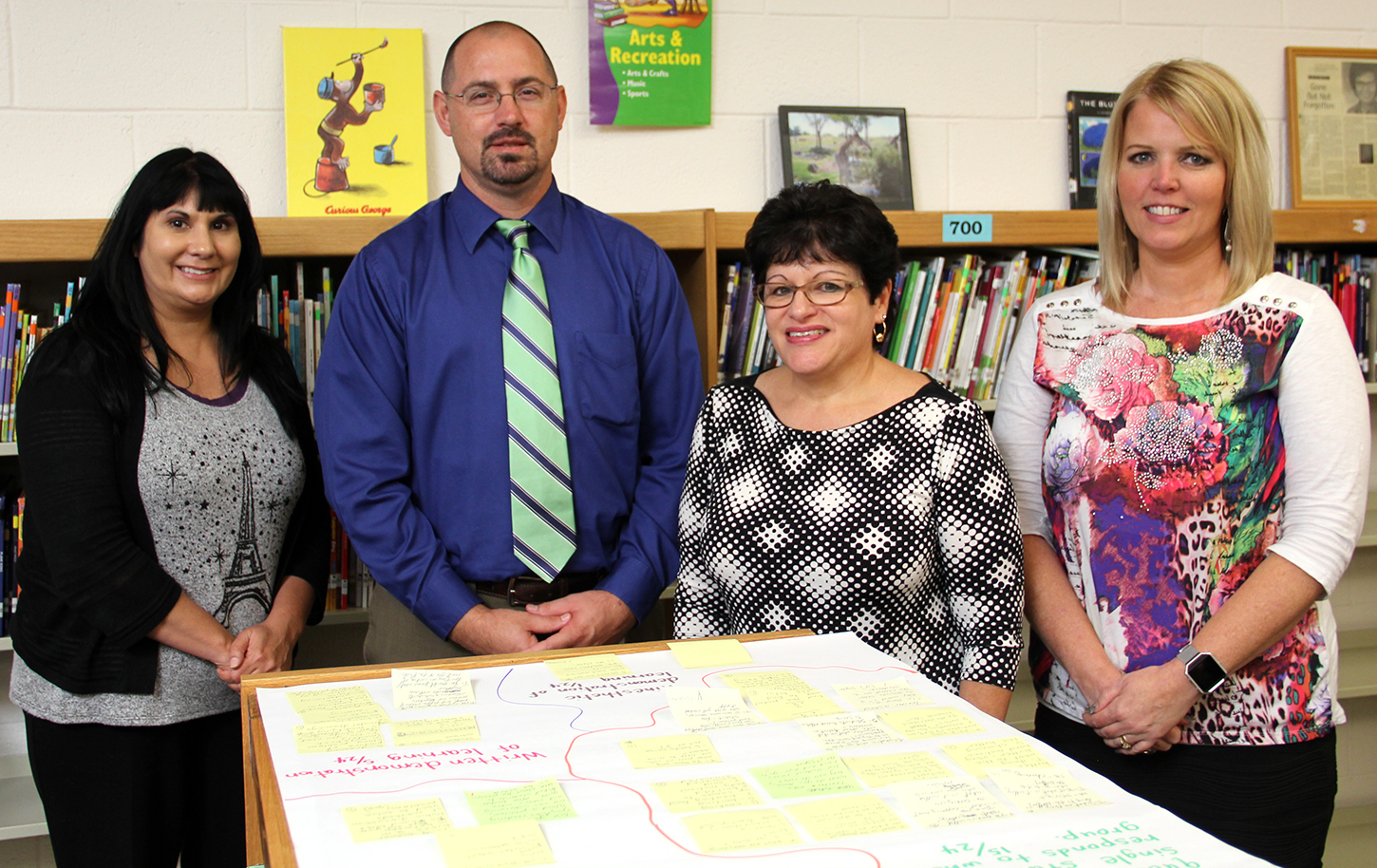 Ever heard of grand rounds for medical doctors? After seeing the impact of a similar exercise for teachers, the Arizona K12 Center sought the help of a Harvard-educated practitioner who makes this sort of activity possible for educators. It’s one thing to open your classroom to your principal or me

Ever heard of grand rounds for medical doctors? After seeing the impact of a similar exercise for teachers, the Arizona K12 Center sought the help of a Harvard-educated practitioner who makes this sort of activity possible for educators.

It’s one thing to open your classroom to your principal or mentor for observation, but it’s another to fling open the doors to a number of your peers. Wondering why anyone would be brave enough to do this? How about the purest desire to advance teaching and learning like never before?

Instructional rounds are best compared to grand rounds, which physicians participate in to continue their medical education throughout their years of practice. In doing so, one or more physicians come together to discuss and learn from a particular clinical case. Instructional rounds are very similar — educators join forces to gather data and analyze one lesson, classroom, problem of practice, etc.

Dr. Sarah Fiarman, a co-author of Instructional Rounds in Education, travels the country to encourage educators to adopt this practice. The former principal of Martin Luther King, Jr. School in Cambridge, Massachusetts, says the movement has become such a phenomenon that she’s stepped out of her former administrator role to dedicate herself to consulting and training others in instructional rounds.

“Few tasks are as complex as teaching. The rounds process allows educators to examine this complex process up close from a learner’s stance. Through this close examination, we come to a shared vision of effective teaching and learning, which guides next steps in improvement. Too often we skip this step of making sure we all have the same goal in mind. People are working on improvement, but what they envision as optimal practice is highly variable,” Dr. Fiarman explains. “Then we wonder why improvement efforts don’t work.”

“I wanted to bring this training to the Arizona K12 Center because I wanted Arizona teachers to have access to high-quality professional learning that focused on developing a shared understanding of what first-class instruction looks like,” Dr. Wiebke says. “Due to the cost and location of the typical instructional rounds training, it is out of the realm of possibility for most teachers and principals.”

Fortunately, due to the Center’s ability to offer professional learning at a highly subsidized cost, the dream to host instructional rounds became a reality.

Thirty educators from four districts worked to grasp the concepts behind instructional rounds. After completing five days of hands-on training with Fiarman, the district teams developed skills using the protocols essential to improvement of teaching and learning. In addition, participants visited classrooms at Brunson-Lee Elementary School in the Balsz School District and Alhambra High School in the Phoenix Union High School District. Finally, they had deep conversations about creating a culture that supports improving classroom instruction through professional development.

“Instructional rounds provide school and district leaders the language and processes to improve student learning. I was intrigued with the concept of focusing on a problem of practice that encompasses the entire system. We are at the beginning stages of learning the impact of this work and look forward to learning from our participants,” Wiebke says.

While Fiarman has led plenty of trainings, her visit to the Arizona K12 Center was different because the group was comprised of educators from three very different districts. Typically, the longtime educator works with one school or district, focusing on one problem of practice.

“I was struck by a few things during the first few days in September. First, people came in with very positive expectations. This is a gift for a facilitator. The reputation of the Arizona K12 Center meant that they came without the jaded skepticism that is common when educators have been forced to sit through countless, low-quality learning sessions. It’s clear that people expect the Center’s work to be productive and helpful,” Fiarman explains.

Plus, a few of the participants had already experienced instructional rounds of their own.

National Board Certified Teacher Christie Olsen is an instructional coach in Lake Havasu Unified School District. After reading about the rounds process years ago, she started a fledgling version of her own. What first began as a data-seeking exercise to help individual teachers unpack challenges in their own practice became a launching pad for teamwork among instructors of various grade levels.

“We decided there was probably something bigger that we could examine school-wide,” Olsen says. Last year, they concentrated on writing across all grade levels.

“Sixth-grade teachers were going into first-grade classrooms to watch their writing strategies and vice versa. It opened the doors to new conversations about preparedness. It changed the culture because it became a conversation about moving the entire school forward, not just one classroom. Now, we focus on the learning of the entire school.”

As a teacher leader, she says she is grateful to have participated in the Arizona K12 Center’s first iteration of instructional rounds. She admits being personally removed from the two schools and districts makes for a unique experience.

“The biggest difference I saw working with folks from various districts was when multiple groups went into the same classroom we got different snapshots from varied lenses. The best part about it all is rather than acting as an evaluator, we’re uncovering evidence for the teachers that they cannot find on their own because they’re busy teaching. A teacher’s mind is so wrapped up in the decisions that have to be made on the fly,” Olsen explains. “We can be their eyes and ears for them. We’re working for them to help move their practice forward.”

Also, Fiarman isn’t afraid to point out another stark difference between her usual groups and those from this cohort.

“People were ready to talk about instruction at a fine-grained level. Sometimes people shy away from this. The norm of privacy about practice is very strong in education. But this group dove in with enthusiasm. I attribute that to the presence of so many National Board Certified Teachers and the Arizona K12 Center’s very active support of that pursuit,” Fiarman adds.

Learn more about upcoming professional learning opportunities likes this and others at the Arizona K12 Center.