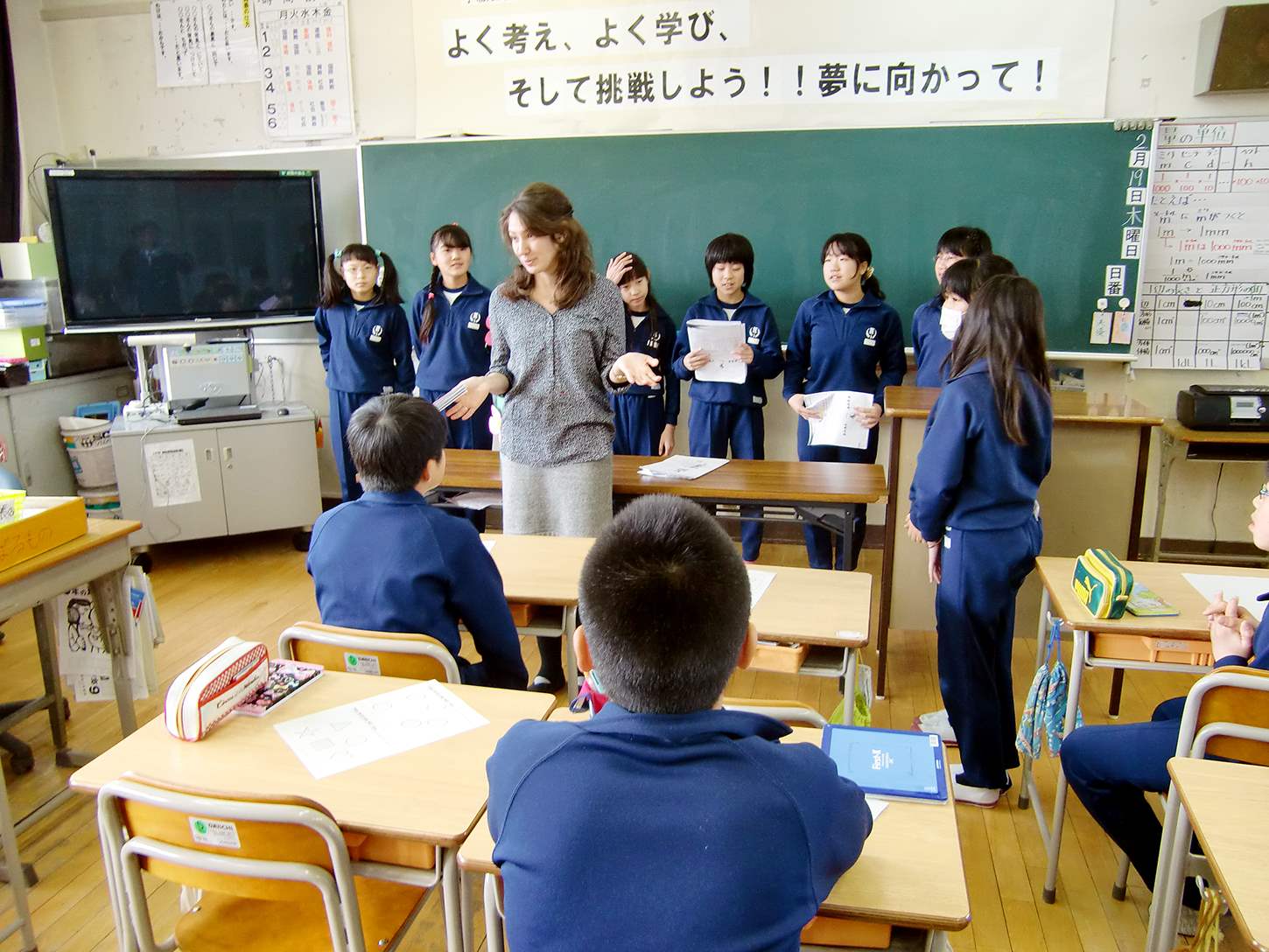 One educator reflects on her time spent teaching in a faraway, foreign country. Imagine you’re nearly 6,000 miles away from home, in a country that speaks an entirely different language from your native tongue. Not to mention, you just graduated college and have been thrown into teaching students E

One educator reflects on her time spent teaching in a faraway, foreign country.

Imagine you’re nearly 6,000 miles away from home, in a country that speaks an entirely different language from your native tongue. Not to mention, you just graduated college and have been thrown into teaching students English in several different schools. Does this sound like a teaching nightmare or a dream come true? A little over three years ago, this was Andrea Beebe’s reality.

“The transition back into an American classroom was difficult and overwhelming,” Beebe admits. “You play so many different roles as an elementary school teacher in the United States. In Japan, my responsibility as an English teacher was very specific and narrow.”

Although the list of differences between Japanese and American schools is long, she claims the greatest distinction is the communal philosophy of the Asian schoolroom.

“Responsibility is delegated at a young age in Japan,” Beebe says, noting that’s something to wants to instill in her current students. “For example, in Japan they don’t have custodians. Lunch is served inside the classroom and students participate in mopping the floor, raking the leaves, etc. Teaching students to work hard and take responsibility is something I admire about Japanese culture.”

It’s clear she cherished her time abroad, but she’s grateful be in command of her own classroom. Last year, Beebe took over for another teacher halfway through the year. This time, she started with students from the beginning, which enabled her to gain their trust and respect from the get-go.

“It’s important to find unique ways to relate to your students. For example, my students love Pokémon. Once they realized I could read the Japanese on their cards, a connection was formed. The small things add up,” she laughs.

With this as a starting place, she’s found other ways to connect, especially with those students who are English-language learners (ELL).

“While I was in Japan, I’d come home and realize my whole day was in a foreign language. It was a big adjustment and took time to get used to, but it was easily the most insightful part of my experience. Not only was this helpful as an English-language teacher in Japan, but also now, as an employee of a school with many ELL students,” she attests.

Although none of her fifth graders are English-language learners, she uses empathizes with her students’ parents.

“I have three students who just tested out of ELL and this is their first year in a non-ELL class. Often I am working with parents who are not native English speakers, roughly 15 of my 34 students’ families,” she says.

“Andrea brings with her a calmness, which is shown through her actions and tone when interacting with fifth-grade students who don't make positive choices in the classroom,” he explains. “She has been working hard over the past half year to implement our positive behavior intervention system in her classroom.”

According to Beebe, dealing with behavioral issues feels slightly foreign. “In Japan, discipline is understood. In fact, I saw very few discipline problems during my two years. There’s a true element of respect given to teachers.”

As she starts her career in education, she says she’s relying on the expertise and support of her colleagues. And while she loves learning from others, she’s not afraid to encourage her fellow educators to take advantage of chances that drive their own learning. Whether it be through professional development opportunities or teaching abroad, she says there’s no better way to learn than by “jumping right in.”

For unique professional learning opportunities that will boost your educational toolkit, check out upcoming offerings at the Arizona K12 Center.