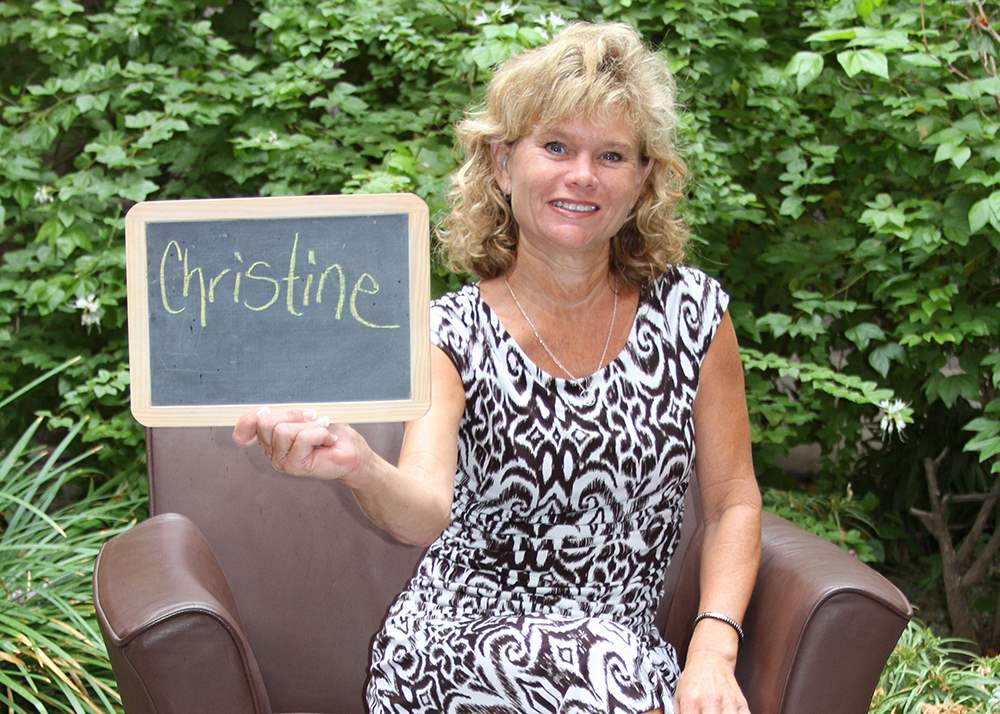 Arizona's newest teacher voice commits to running the race. Often, teaching is a lot like running. There isn’t a day in the classroom, or a run, that is the identical. Both, though, begin with goal setting and dedication.Such is the case for 2016 Teacher of the Year, Christine Marsh. The Scottsdale

Often, teaching is a lot like running. There isn’t a day in the classroom, or a run, that is the identical. Both, though, begin with goal setting and dedication.
Such is the case for 2016 Teacher of the Year, Christine Marsh. The Scottsdale Unified School District (SUSD) employee teaches advanced-placement English to juniors and seniors at Chaparral High School. With a fresh title and business cards detailing her latest accomplishment, the educator says she’s ready to hit the ground running.

“I hope to be able to do some good, advocating on behalf of teachers and students, and public education as a whole,” Marsh explains. “Obviously, this comes with nice awards, but that isn’t at all what I’m excited about. Typically, people don’t really listen to teachers, but maybe I’ll have a slightly bigger voice than before.”

So what’s with the athletic reference? Marsh’s colleagues and friends know running is a huge part of her life. Having been a collegiate athlete at the University of California, Los Angeles and a cross-country coach at Chaparral, rising to find her stride at 4:30 a.m. each day is nothing out of the ordinary.

“I don’t sacrifice running or important family and friend commitments for anything,” the Chaparral alumna says, who has spent 24 years teaching at the high school from which she graduated. “I know I will now have some serious time constraints on me with Teacher of the Year obligations, but my students can’t suffer. I won’t allow that to happen.”

Unlike her running routine, the mother of two sons explains she couldn’t have imagined the title "Teacher of the Year" would ever be tied to her name.
“I couldn’t ever have predicted I’d be given this incredible honor, but I took the application process really seriously. I didn’t think I was going to win, and I didn’t necessarily think I would make it in the top 10. But, I at least wanted to give it 100 percent ... I gave it everything,” Marsh admits, as she fights back tears. “And it paid off.”

Even before being named Teacher of the Year by the Arizona Educational Foundation, Marsh sought opportunities to advocate for teachers and the profession. She’s a blogger for the Arizona K12 Center’s Stories from School, participates in Take Your Legislator to School program, and has written many articles for AZ Central.

As much as she’s willing to support her peers, the camaraderie is reciprocated. Marsh says she works in a very supportive environment.

The process began with a nomination by Chaparral High School Principal Gayle Holland. The administrator says the ways Marsh requires her students to think, write and analyze, opens their eyes to realities outside the classroom.

“She sees the big picture of education and will be an excellent representative for all Arizona educators,” Holland boasts. “We are very proud of her.”
Following the nomination process, Marsh was required to submit a written application. Then, to prepare for the interview process, she recruited fellow teachers to write questions and seal them in an envelope so she could practice responding to genuine inquiries. She admits she received an incredible amount of support and encouragement from her colleagues.

“Chris Marsh is a role model for any teacher. Her endless energy and passion breed excellence throughout the English department and Chaparral High School,” says Barbara Wissmann, a longtime friend, fellow English teacher, and Chaparral alumna. “She puts students first and everything else takes a backseat. Students leave her class knowing they are empowered writers and communicators, ready to create meaningful change in the world.”

“When I think of a person who not only is the Teacher of the Year every day, but also is the person that I would entrust my own children’s education with, it is Chris Marsh. She is the finest example of an educator, colleague, supporter and advocate in our profession,” Dr. Peterson explains.

Marsh says she anticipates a year of excitement and hard work. In addition to meeting the President in Washington D.C. and competing amongst other state’s Teachers of the Years for the national title, she believes she has her work cut out for her.

After completing a race, it’s rare a runner will retire their sneakers without shopping for the subsequent pair. The same goes for goal-oriented educators.

What’s next for the 2016 Arizona Teacher of the Year? Marsh says her ultimate goal is to run for the Paradise Valley Unified School District board in 2018. And on the topic of running, it’s no surprise she plans to lace up her shoes each morning for a jog before entering her classroom, the place where she strives to better each of her students, one child at a time.