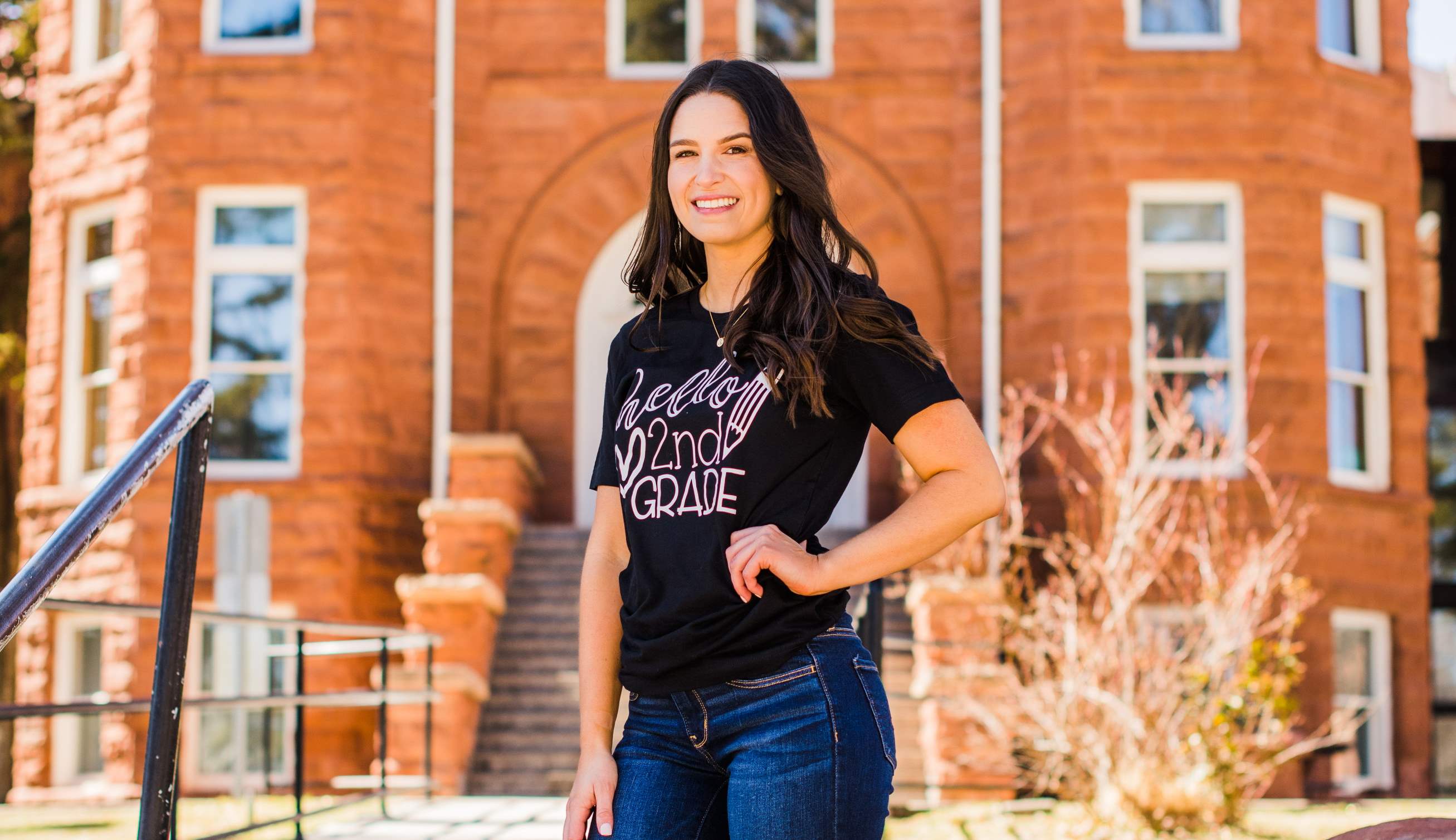 On the Journey: Facing Disappointment in the First Year of Teaching

In our series following first-year teacher Katee Hurst, she shares about the challenges she is facing as she nears the midpoint of the school year.

First-year teacher Katee Hurst welcomed her second-graders to her classroom in late July and, after a few weeks, felt like she and her students were in the flow of teaching and learning. She noted in August, though, that she knew a downturn was coming, the one Ellen Moir publicized in her research about the phases of first-year teaching.


“The slope is here,” she said in mid-November.


Since her students returned from their two-week fall break, Hurst has been needing to continually remind them of the routines and procedures they had been doing well just before that break.


One day in early November, Hurst asked her students to be quiet before she would share the next instruction. She stood there silently waiting for seven minutes before they had all stopped talking.


It’s like they forgot almost everything we had established before break, she explains, while also becoming too comfortable with each other and with me.


Along with feeling like she is continually reminding students of routines and procedures, she’s faced other challenges as the school year has gone on.


Hurst has fallen into the habit of bringing more work home. In the first quarter, she had been setting and keeping clear boundaries between her school work day and her personal time. But in the second quarter, as work grew, those boundaries waned. That’s lessened the time and energy she has to spend with family and friends. She’s been trying to re-establish those boundaries to be able to care for herself so that she can continue to care for her students.


The day after Halloween, Hurst’s students had benchmark testing. She had reminded herself ahead of time that the tests were only a check-in on progress and this was not an all-encompassing review of her or her students, but seeing the results was frustrating, she says. Her students had done well on the math portion but less well on the English part.


Hurst felt disillusioned. She started to question the impact she was having as a teacher and her certainty about being in this profession at all. But then she began reflecting more about her students and their individual journeys. Six of her students are in the lowest reading intervention group and still essentially working on mastering the alphabet, let alone read the test. When she looked through their benchmark scores and compared them to their beginning-of-the-year pre-tests, though, she saw that each student had grown.


“The score doesn’t matter. What matters is that each kid has made some amount of progress. I had to give myself grace,” she says. “Don’t panic. It’s not reflective of the growth.”


Conversations with her grade-level team also helped her realize that others were feeling similar emotions.


Her students’ parents have also been very affirming. She’s received multiple emails and messages through a class Facebook group with parents telling her how grateful they are for her work or about ways they’ve seen her impact on their students.


While the last few months have been challenging, Hurst has had proud moments as well. For one, she has found herself to have a good handle on teaching math. When she graduated with her degree in elementary education, she had been most anxious about teaching math, but she’s learned how nothing is abstract in second grade math. It’s all very visual, she explains, so they really focus on visual representations and repeating lots of whiteboard work.


Hurst can see her kids growing. It’s just their behaviors that they need to continue to work on right now, she says. She reminds herself each day that tomorrow is a new day and an opportunity for more progress.


“Every day does get a bit better,” she notes.